If you know someone who is getting older, you may have thought about the possibility of your loved one becoming ill more frequently. You may also occasionally think about whether or not your loved one will develop a condition that often affects senior citizens.

From arthritis to diabetes to osteoporosis, you have probably heard about them all. Maybe you’ve also considered learning more about dementia and Alzheimer’s disease so you can know the signs.

But, as you seek to best care for your older family member or friend, it can be challenging to keep up with all of the possible effects of aging. Often, people’s ideas of the conditions that commonly occur among seniors can be incorrect.

Addressing these issues one by one may be the best way to be there for your aging loved one. Understanding some common myths about Alzheimer’s may be a good place to start. Shepherd Premier Senior Living in Crystal Lake, Illinois can help.

What is Alzheimer’s Disease?

Alzheimer’s disease is a type of dementia. It affects a person’s memory, behaviors, and thinking patterns. The symptoms of Alzheimer’s typically become more and more severe. As a result, the effects of Alzheimer’s can negatively impact a person’s ability to carry out daily activities and tasks.

This particular disease is the most commonly occurring type of dementia. The National Institute on Aging (NIA) states that more than 6 million Americans 65 years or older may have this condition.

The Progression of Alzheimer’s 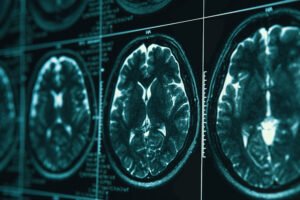 When a person develops Alzheimer’s the progression of symptoms and severity happens over a course of time. First, the disease affects parts of the brain that are associated with memory. These areas of the brain include the hippocampus and the entorhinal cortex. In this stage of development, individuals will begin to experience memory loss and other cognitive issues.

Eventually, as Alzheimer’s disease progresses, individuals will exhibit personality changes. The disease will also affect the individual’s ability to problem-solve, make sound judgments, and carry out tasks that used to be simple to complete. Things like balancing a checkbook or remembering where items are in the home can become very difficult. Also, everyday activities that involve taking care of oneself will eventually become challenging or even impossible without help. People with Alzheimer’s may struggle to do things like getting dressed, bathing, cooking, and other activities.

Eventually, Alzheimer’s may affect people’s ability to carry out some physical movements on their own. Sitting up, walking, and other movements may become impossible to complete without help.

According to the National Institute on Aging, some signs of mild Alzheimer’s disease include the following:

A person who has moderate Alzheimer’s disease may exhibit the following signs and symptoms:

As Alzheimer’s become more severe, the symptoms may include:

If you have an older loved one, it is important to know about the signs of mild, moderate, and severe Alzheimer’s disease. While there is currently no known medical cure for this condition, there are ways to make your family member comfortable. There are also ways to help people manage some of the cognitive changes they are experiencing.

But, just as it’s necessary to know the truth about Alzheimer’s and how it affects people who develop it, it is critical to understand that there is also misinformation surrounding this condition. Understanding the common myths about Alzheimer’s can help you and your family navigate your loved one’s condition and care options.

Prevention and Treatment for Alzheimer’s Disease

If you have an older family member, you can also encourage them to speak with their doctor about other ways to lower their risk of experiencing Alzheimer’s disease.

The NIA states that “Galantamine, rivastigmine, and donepezil are cholinesterase inhibitors that are prescribed for mild to moderate Alzheimer’s symptoms. These drugs may help reduce or control some cognitive and behavioral symptoms.”

Also, according to the NIA, the Food and Drug Administration (FDA) has approved the rivastigmine patch, donepezil, and a medication consisting of a combination of memantine and donepezil for the treatment of moderate-to-severe Alzheimer’s disease.

However, it is critical to have medical direction and supervision when using medications to treat Alzheimer’s disease. Some medications may have adverse effects (or none at all). So, your loved one’s doctor will need to make sure the correct treatment methods are in place. 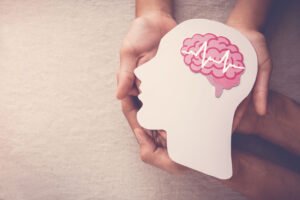 Here at Shepherd Premier Senior Living, we understand the concerns that you and your family may have regarding an aging loved one. It can be difficult to know what to do to help your family member as he or she ages. But, your effort to simply be aware of the facts and myths about Alzheimer’s disease is a great start! You can also learn more about the types of senior care options available for your older loved one.

If you’re looking for information about senior living options, allow us to help you here at Shepherd Premier. We are here to serve your family and support you as you make the right choices regarding your family member’s care. Let us guide you through the selection process and help your loved one live a comfortable and fulfilling life!

Reach out to us today with any questions you may have. We are incredibly excited to work with you and your family to make life’s changes enjoyable and easy! Shepherd Premier Senior Living brings dignity back to senior care, making sure seniors get the individualized care they deserve. Contact us to learn more about our services!